The third incarnation of the Lady Musgrave Maternity Ward opened in July 1965 and is captured in this extract from the Channel Seven archives.

This land was north of North Street. The 1928 maternity hospital was retained as the ward for children with disabilities. Liberal Minister for Health (14 April, 1964 to 23 December, 1974) Seymour Douglas Tooth opened the building. It cost 250 000 pounds and was a Public Works Department design (Queensland Government, 1995-2020).

Posted by Fraser Coast Libraries at 15:29 No comments:

Roy Rufus Artificial Reef is located off the eastern side of Big Woody Island. In 1967 the Maryborough Skin Divers Club employed three marine biologist from the University of Queensland to investigate the best place to establish an artificial reef and enrich a major fish nursery (Hervey Bay Downunder, 2009-2017).

The Department of Harbour and Marines were granted a permit in 1968 to create an artificial reef. Over 63 drops were made between 1968 and 1987 (Hervey Bay Downunder, 2009-2017).  The reef was named after Maryborough electrical engineer and dive enthusiast Roy Rufus. After being influential in the reef’s inception, he tragically lost his life whilst diving there (Hervey Bay Downunder, 2009-2017).

The reef enabled the sand bottom to be turned into an area thriving with sea life. In the early days of the reef Roy ensured the design was environmentally sound and was not in the way of ships and boats. The world class diving site covers an area of approximately 2.4 km by 1.6 km (Chapman, 2010).

Erbacher (2005, p.41) recalls a diving trip to Moon Ledge where he had his first meeting with Roy Rufus. It was John Erbacher’s first experience of going down on the end of an air line and the beginning of a long and happy association with Roy Rufus (Erbacher, 2005). Images from these times can be found in the libraries’ collection

Roy was very inventive and created an instrument to kill crown-of-thorns starfish. “It was basically a big lead acid battery with two leads carrying electrodes…Mr Rufus’s improved model…also featured better insulation so divers were less likely to electrocute themselves” (O'Malley, 2009). Roy was also a keen photographer and constructed underwater cameras to capture images of that world.

Fraser Coast Libraries recently uploaded a Channel 7 extract from the archives featuring an artificial reef drop on the 11 May, 1969.

Find more Channel 7 extracts of the Fraser Coast, featuring clips from 1965 to 1975, on our YouTube page.

This project was supported by an innovation grant from the Library Board of Queensland and is copyrighted to Seven Network and Fraser Coast Libraries.

Posted by Fraser Coast Libraries at 23:14 No comments: 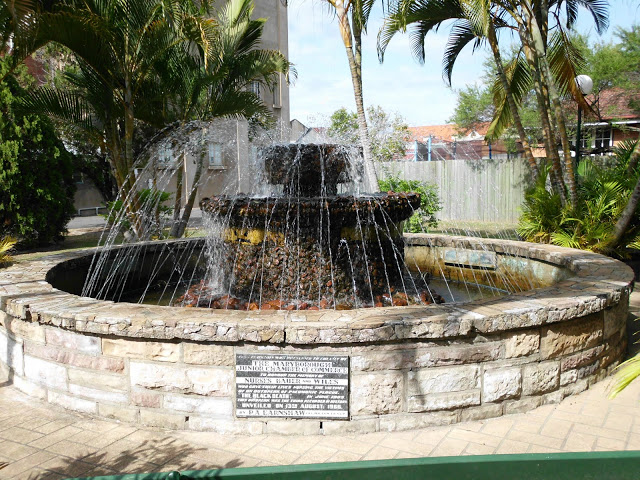 In August, 1966 the Jaycees’ Memorial Fountain was unveiled to honour the nurses who sacrificed their lives when the outbreak of pneumonic plague occurred in Maryborough in 1905. The unveiling of the fountain is featured in Extracts from the Archives of Channel Seven featured on our YouTube page.

The fountain is built by Bert Piling. The front inscription says:

“This fountain was presented to the city by the Maryborough Junior Chamber of Commerce to honour the memory of  nurses Bauer and Wiles who gave their lives nursing the victims of an outbreak of pneumonic plague "the black death." in June 1905. This outbreak was the third recorded in history. Unveiled on 13th August 1966.

Percy Alan Earnshaw (1893-1980) was a paediatrician and can be seen unveiling the fountain in this extract. He was educated at Maryborough and Brisbane grammar schools, and at the University of Sydney (M.B., Ch.M., 1916) (Thearle, 1996). Earnshaw was a house surgeon (1916) at Sydney Hospital and resident medical officer (1917) at Brisbane General Hospital (Thearle, 1996). On 13 July 1917 he was appointed captain, Australian
Army Medical Corps, Australian Imperial Force (Powell, 2017). Earnshaw was a house physician (1919-21) at the Hospital for Sick Children, London (Thearle, 1996).

The monument features Butchulla artwork by Olga Miller. It depicts the Butchulla legends about a magic stone and the Baddow Island ibis. It originally had a beautiful Aboriginal sculpture on the top that can be viewed clearly in this clip. This is no longer with the fountain.

Alexander Connors is conducting the Excelsior Band. He was awarded a British Empire Medal for his services to banding in Queensland in the 1980s.

The monument is located behind the Maryborough City Hall.

This project was supported by an innovation grant from the Library Board of Queensland and is copyrighted to Seven Network and Fraser Coast Libraries.

Posted by Fraser Coast Libraries at 23:08 No comments: 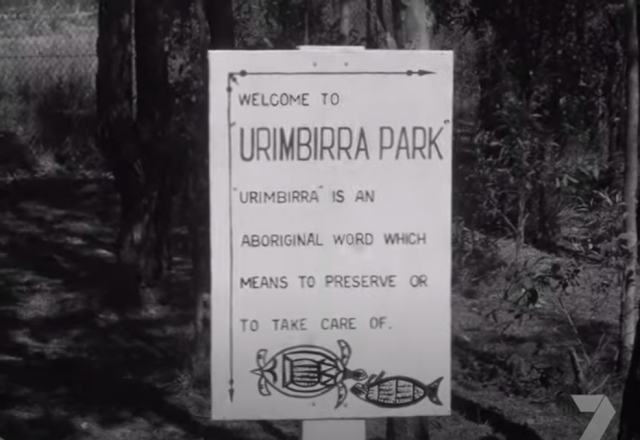 Source: 2020 Seven Network and Fraser Coast Libraries.
During the late sixties and early seventies, many of the children of the Fraser Coast visited Urimbirra Fauna Reserve at Hervey Bay as part of a school excursion or a weekend jaunt with their family. The Urimbirra Retirement Village at 419 – 429 Boat Harbour Drive, Torquay, now stands where the park once housed native wildlife. 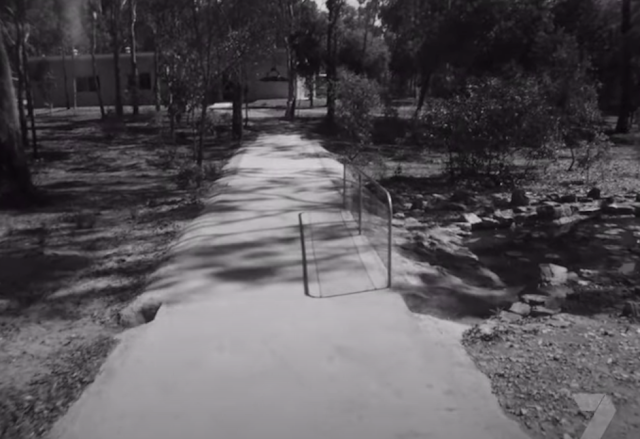 Source: 2020 Seven Network and Fraser Coast Libraries.
The Victor Harbour Times (National Library of Australia, 1978) states “Hervey Bay’s Urimbirra boasts one of the best Aboriginal artefact displays”.
7 : extracts from the archives 1965 to 1975: Urimbirra Park, Hervey Bay.An extract from Channel 7 footage 27th May, 1970. Urimbirra Park, Hervey Bay. This is a silent recording. This project supported by an innovation grant from the Library Board of Queensland © 2020 Seven Network and Fraser Coast Libraries.
South Australia also has a district council run Urimbirra Fauna Reserve that was established around 1975 (National Library of Australia, 1975). It is now called Urimbirra Wildlife Park. The meaning of Urimbirra is cited in the Victor Harbour Times “Urimbirra is an Aboriginal word meaning to preserve, to take care of” (National Library of Australia, 1976). The Urimbirra wildlife experience enabled people to get close to animals including kangaroos and other Australian native wildlife. An employee from the South Australian wildlife park can remember a fellow from Queensland selling towels with Urimbirra on it. It seems our Urimbirra was established first. It was still running in the late seventies. 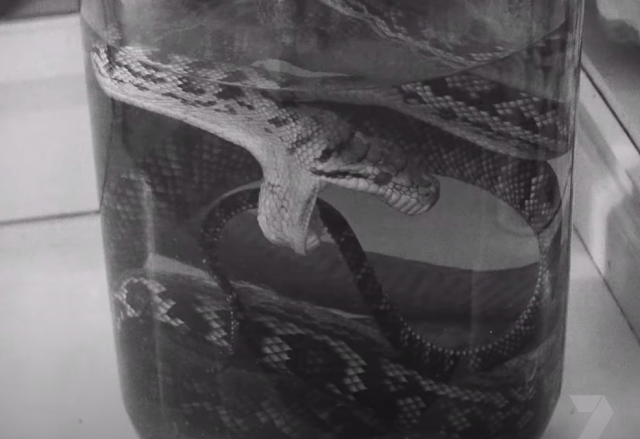 Source: 2020 Seven Network and Fraser Coast Libraries.
The Victor Travel Service advertisement in the 1978 Victor Harbour Times is testimony to that (National Library of Australia, 1978). It appears to have been sold for development in two portions as there are two different developments on the site. Interestingly not many photos or information can be found about the park. Fraser Coast Libraries has just partnered with Channel Seven and Gympie Library to publish extracts from the Channel Seven archives. The clip from the Urimbirra Fauna Reserve at Hervey Bay was among these treasures. Do you have photographs or memories of the fauna reserve?

Posted by Fraser Coast Libraries at 16:41 No comments: 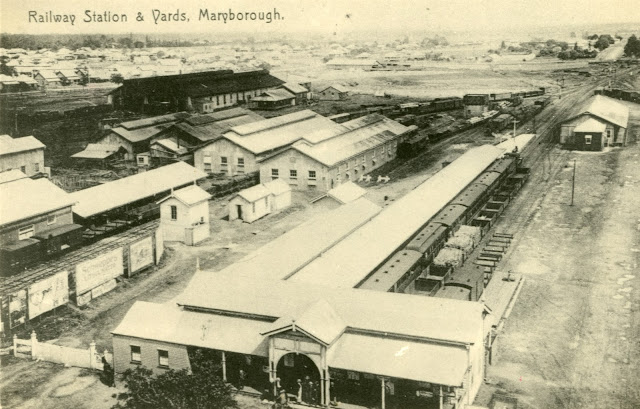 Railway Station and Yards. c. 1908. Source: Maryborough City Whistle Stop Inc.
Walkers Limited had its first steam locomotive trial run to Howard on the 13th of January, 1897. The Maryborough Chronicle, Wide Bay and Burnett Advertiser, Thursday 14th January, 1897 tells us about this first locomotive constructed by Walkers under its contract with the Queensland Government.  “A good deal of interest was manifested in town over the event” (National Library of Australia, 1897).

There is a delightful description of the start of the journey. 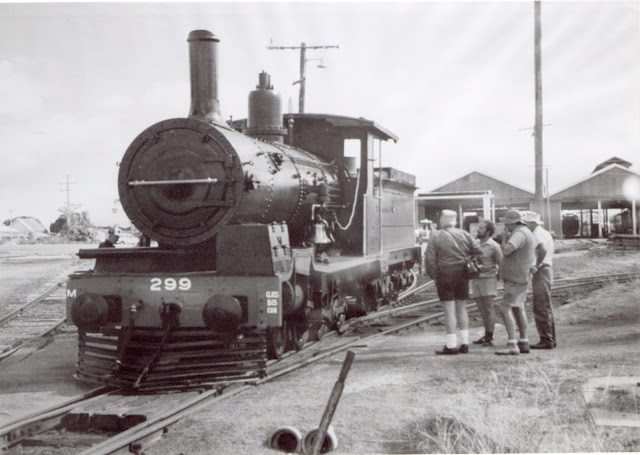 “This engine became known as a B15 class 4-6-0 tender design, and allocated QR No. 299, Walkers Limited works No. 1. The 'B' signifies three driving axles and the '15' is the cylinder diameter in inches” (Maryborough City Whistle Stop Inc., 2020).

After the community rallied to restore the engine in 1985, the ownership of the engine was officially transferred to Model Engineers and Live Steamers Association Maryborough Inc. (M.E.L.S.A) (Maryborough City Whistle Stop Inc., 2020). 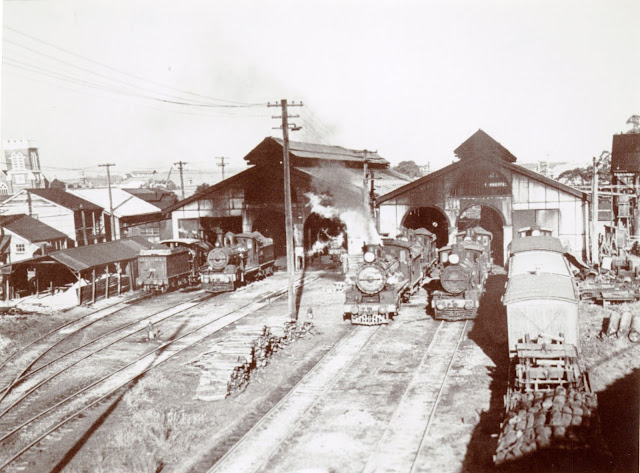 7: extracts from the archives of Wide Bay's first television broadcaster 1965 to 1975 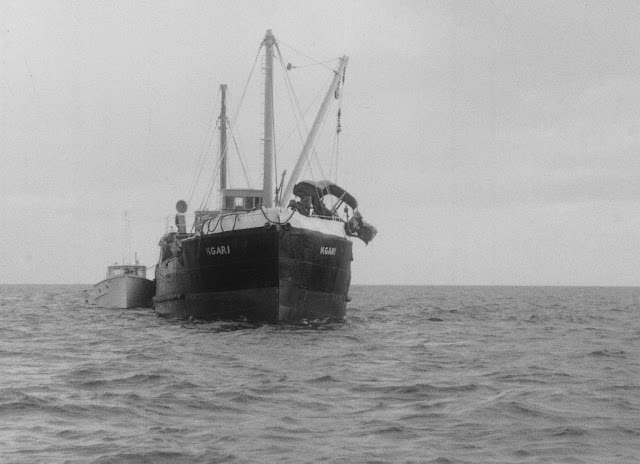 Former Fraser Coast librarian Robyn Dowling was contacted by Channel 7 Studio in Maryborough in the 1990s. The studio was closing down and operations were being moved to the Sunshine Coast and the libraries were offered some Channel 7 footage.
An extract from Channel 7 footage October, 1967. Demolition of a house in Ferry Street, Maryborough. This is a silent recording.
Robyn applied for a grant and worked with Gympie and Bundaberg libraries to create the list of clips to preserve. Local Fraser Coast man Selwyn Connell located and edited these clips. Fraser Coast Libraries have these silent clips in DVD format for loan and they contain content of the Wide Bay from 1965 to 1975.  Recently the Gympie Regional Libraries Information Services librarian, Lisa Ryan, has been working with Channel 7 archivist Paul Richardson to digitise extracts from the archives of Wide Bay’s first television broadcaster.
The digitisation and restoration process.

Posted by Fraser Coast Libraries at 20:12 No comments: 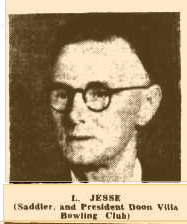 Many remember Jesse’s Saddlery, 353 Kent Street, Maryborough. The store was founded by L. Jesse. A great description can be found can be found in the Maryborough Chronicle,
“In the saddlery business in this part of the country there are few, if any, tradesmen who have greater skill in their work than Mr L. Jesse of 353 Kent Street, Maryborough. His name is known to horsemen and station owners in this and other states of the commonwealth, for his work finds its way into some of the most remote districts. Mr Jesse has been a saddler for 40 years and knows the minutest details to the trade. His reputation has been built up mainly on the outstanding superiority of his King Poley Saddles – each one faithfully constructed – the work of a master tradesman. All hand made on the premises, they include solid gullet, galvanised tree, long kip flaps, a seamless seat and other features designed to give perfect, grip and riding comfort. Mr Jesse is a saddlery repair specialist too, and can mend expertly any kind of leather article or harness. The saddler stocks a wide range of leather goods at his shop in Kent Street, including harness, leather belting, straps, dog collars and muzzles, cow and horse rugs. He specialises particularly in travel goods and has a large and complete selection of suitcases and leather bags as you can find in Maryborough. A third department at L. Jesse’s caters for the sportsman of the district, whether they be fishermen, footballers, bowlers or boxing enthusiasts, Mr Jesse’s range of fishing equipment is worth special mention – the display is well worth inspecting at any time. It includes rods and reels, cutty hunk and linen lines, creeks, all classes of Mustard and French hooks, sinkers, swivels and trace wires.

Queensland is the state most noted for its horsemen. A lot of credit is due to the fine work of saddlery tradesmen like Mr Jesse. He is very interested in district sporting matters and was president of the Wallaroo Football Club for a number of years and is a patron and life member of the Maryborough Rugby League. He is the president also of the Doon Villa Bowling Club, and a keen fisherman. He was 12 years chairman of the Newtown State School Committee and is also prominent lodge officer” (National Library of Australia, 1941).

He won many awards for his saddles such as best stock saddle and fretwork cited in the Brisbane Courier Mail.

Do you remember Jesse’s Saddlery?

Posted by Fraser Coast Libraries at 16:48 No comments: 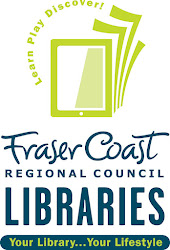